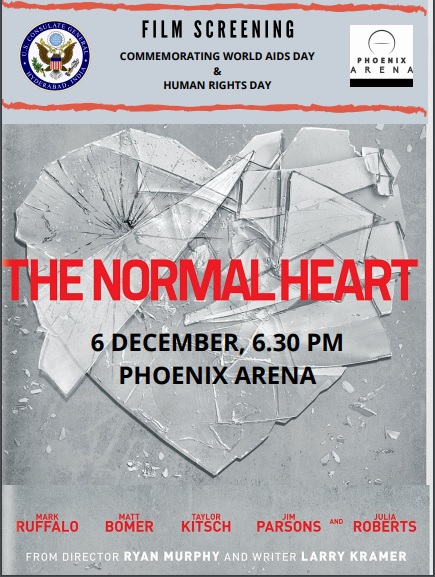 On the eve of World AIDS Day and Human Rights Day in the Second week of December, US Consulate in Hyderabad is organising a film screening followed by Tea and Discussion about the film and the context. Leading the discussion will be Consul General and call for various public groups from LGBT, Human Rights and other interested public. About the Film: The story of the onset of the HIV-AIDS crisis in New York City in the early 1980s, taking an unflinching look at the nation's sexual politics as gay activists and their allies in the medical community fight to expose the truth about the burgeoning epidemic to a city and nation in denial. Event is Open and Free for all.